8 800 200 44 97
+7 (495) 152-44-97
info@eduexport.ru
22, st. Nagatinskaya, Moscow, 119049, Russian Federation
En
Ru
Medicine, art, oil and gas are the most popular education programs for Kurds in Russian universities
Please tell us about the relationship between Kurdistan and Russia. How are they built? Can you describe the development dynamics of these relationships? What is the influence of political relations on the development of cooperation between our countries, including the field of education?

Russian-Kurdish relations are rooted in the depths of the history of the Russian Empire, whose orientalists made a huge contribution to the science of culture, literature and language of the Kurdish people. A striking example is the first edition of the Russian-Kurdish dictionary in 1856, which showed a deep analysis and genuine interest on the part of Russian scientists in authentic Kurdish culture.

Throughout the XX century, the history of the Russian and Kurdish peoples has been quite eminent. There has always been mutual assistance. At the current stage, it is worth highlighting the special strengthening of cooperation against the background of the fight against terrorism in the Middle East, due to the interaction and common goals of the two peoples.

Russia was the first country to open a Consulate General in Kurdistan after the Iraq War. Also, since 2014, the Embassy of the Kurdistan–Iraq Region has been opened in Russia.

At the present stage, Russian orientalists continue to study Kurdish history and literature. Two works can rightfully be called a significant contribution to literature over the past decade: "Land of Legends. The Kurdish land through the eyes of Russian researchers" and "Kurds. Legend of the East".

If we talk about the economy, there is also active cooperation here: for example, the Russian energy companies Rosneft and Gazprom carry out their activities in Kurdistan. Trade cooperation has been established since 2019. Delegations from the Kurdistan Region Chamber of Commerce and Industry (Erbil, Sulaymaniyah, Duhok and Halabja) arrived in Moscow, having signed an agreement with the Moscow Chamber of Commerce and Industry. There were plans for a retaliatory act, but the pandemic prevented it from being implemented.

How are interstate relations in the field of education developing?

Kurds, especially natives of the Kurdistan-Iraq Region, studied in the USSR in the 1960s on the territory of the USSR, and the latter allocated budget places for Kurds, which helped them to get a very good higher education. Many graduates teach in higher educational institutions of Iraqi Kurdistan. There are many Doctors of Sciences and politicians among them. Thus, the first Kurd Minister of Education was a graduate of a Russian university.

At the present stage, Russia separately from Iraq provides 35 budget places for potential students of the Kurdistan-Iraq Region. Over the past 10 years, more than 400 students have graduated.

What educational programs in Russian universities are currently the most attractive for Kurdish students, and what is the reason for this?

I can name medicine, in particular, ophthalmology, Russian philology, oil and gas business, as the most popular. Also, education in the field of art, especially theater and music, certainly has an advantage.

Students from any country always face various kinds of difficulties related to culture and language. The latter plays an important role, since lack of language skills leads to big problems, even for a Russian person. For example, if you do not know the language at a decent level, there is a chance to break the law by not getting acquainted with it enough or not understanding it.

There is a difficulty in obtaining a certain specialty, since the Ministry of Education of the Russian Federation allocates a certain number of budget places for a narrow specialization, and it is not possible to change it. I think that the introduction of a more flexible system in the education segment will make it easier for Kurdistan students to adapt to new conditions and study.

Does the Kurdish diaspora support its compatriots abroad? What measures do you think should be taken by Russian universities to create the most optimal and favorable conditions for attracting new students, including their residence in Russia?

The Kurdish diaspora does provide support. As for the second question, in the context of a pandemic, an acceptable option would be to hold online conferences. In order to eliminate misunderstanding of some aspects of culture and establish closer contact with Russian students, the best option is to involve Kurdish students in organizing such events and inviting them to student and youth camps in Russia. This will help them adapt and get acquainted with the new culture.

Do students return to their homeland after graduating from university in Russia, or do they prefer to build a career in Russia?

More than 90% of students return to their homeland, but there are cases when a person decides to stay, start a family and build a career in Russia.

Are there student exchange and graduate employment programs?

It should be noted that after the New Year holidays, in 2020, it was planned to send 5 students to Kurdistan, but due to the unfavorable situation, the trip had to be postponed. Then the pandemic affected the plans as well, and the project had to be stopped. 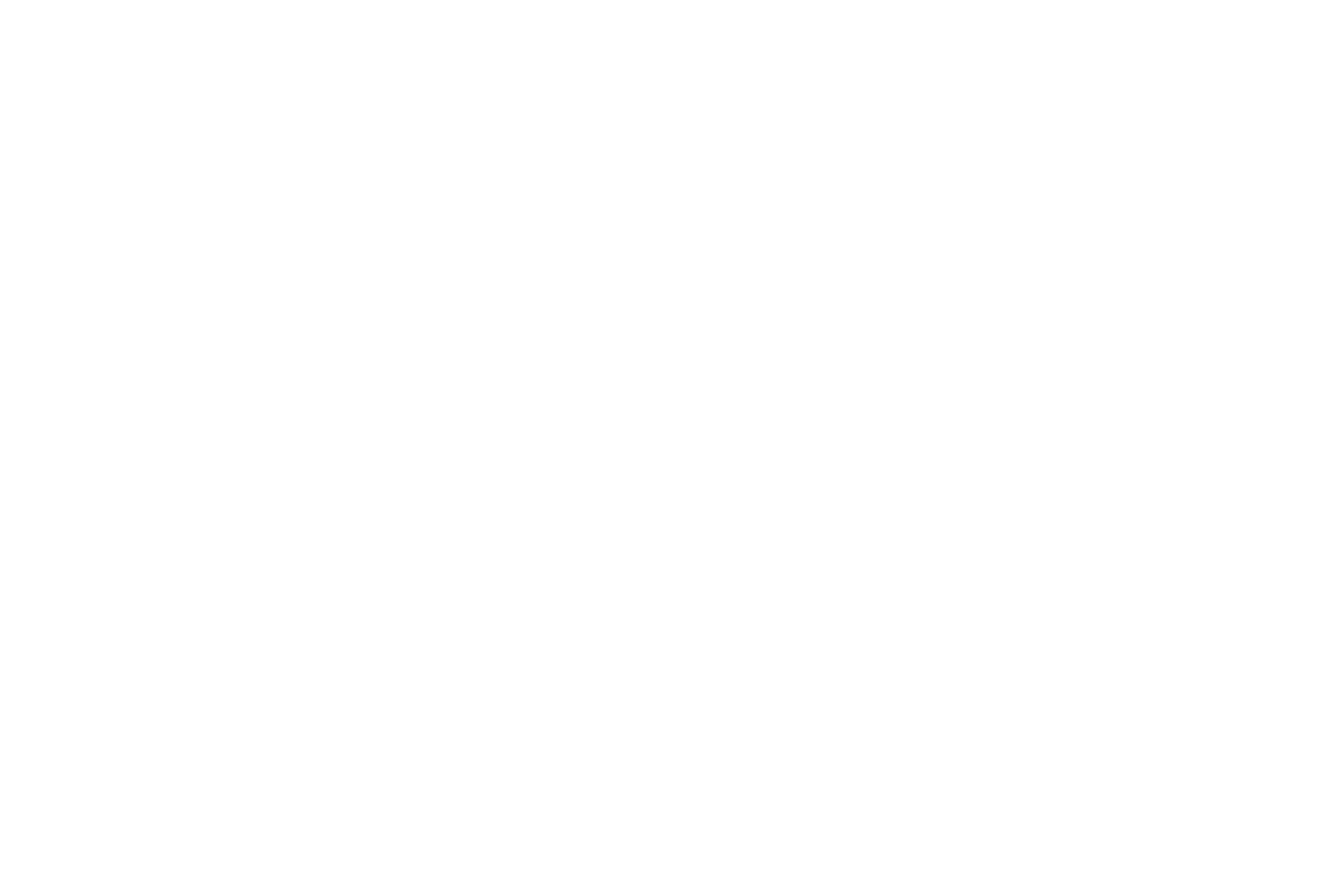 Mustafa Danar
Acting Representative of the Kurdistan Iraq Region in the Russian Federation and Head of the Foundation for the Support and Development of Russian-Kurdish Cultural and Public Relations.
Was born in the Kurdistan-Iraq Region in 1984. He graduated from the Bachelor's degree (Faculty of Humanities and Social Sciences), got Master's degree and completed postgraduate studies in Political Analysis and Management at the Peoples' Friendship University of Russia. Took an internship at the Department of Political Analysis and Management of the Faculty of Humanities and Social Sciences of the RUDN in 2018-2019 .
Proved himself to be a responsible and purposeful student. throughout the entire study process, Mr. Danar took an active part in political and scientific events, has several diplomas and certificates. The author of numerous published articles in various scientific periodicals. Since 2018, Mr. Danar has been holding the position of Acting Representative of the Kurdistan-Iraq Region in the Russian Federation. Since 2019, he has been the head of the Fund for the Sup port and Development of Russian-Kurdish Cultural and Public Relations (Moscow).
Is Russian education recognized in Kurdistan, can students use Russian education in the future without nostrification on the territory of Kurdistan? What are the problems in this area and what, in your opinion, should be done to solve these problems?

Which specialists are most in demand in Kurdistan today? How can this need be compensated? What should the Russian educational community pay attention to in order to train in-demand specialists from among Kurdish students?

I have already named the most popular professions above. First of all, I would recommend opening departments of Russian language in Kurdish universities and short courses for those who want to know the Russian language and applicants aimed at receiveng Russian education.

Do you need any special programs that could satisfy the existing need for specialists in Kurdistan?

In my opinion, we do need a program. However, I am no specialist in this area. I would like to listen to your suggestions. I propose to develop such programs in coordination with the Ministry of Higher Education and Scientific Research of the Kurdistan Region. As Embassy, we are ready to assist in the implementation of programs.

Let's talk about what is of interest to modern Kurdish students today. What attracts them to Russia, and how do they get acquainted with the culture of our country? How do they interact with Russian students? Maybe Kurdish students have special needs in terms of living conditions? How can Russian universities satisfy these needs?

Russia as a great country with a great civilization and culture attracts students of the Kurdistan Region.

Kurdish students are hungry for democracy and freedom, it would be right to allow them to participate in university events, speak under their own flag and represent the culture of the Kurds of the Kurdistan–Iraq Region. Also it would be great to provide them with favorable conditions for living in dormitories and studying.